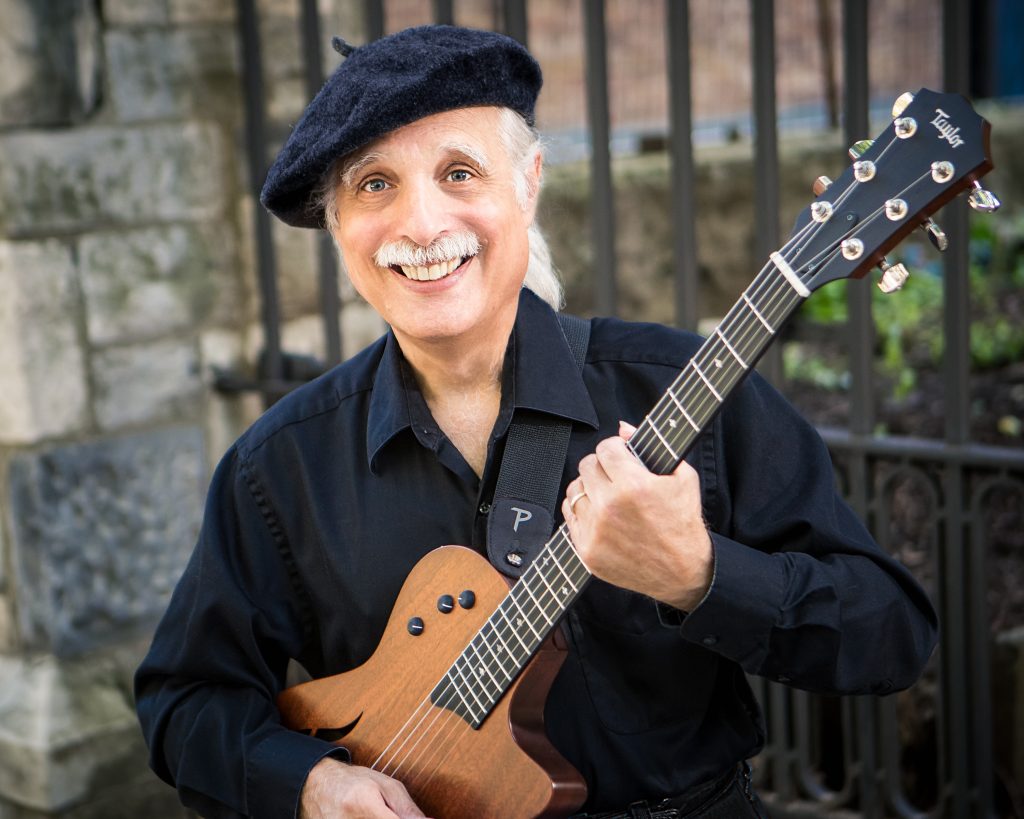 Flip Peters has been performing as a guitarist and singer since the early 1970s. As a member of the New York club date scene, Flip has been a house musician at The Rainbow Room at Rockefeller Center, The World Trade Center, The Plaza Hotel, The Waldorf Astoria and many other top venues in the New York area. He has performed with many of the top freelance Jazz and Classical musicians in the New York Metro area.

He has entertained guests at events hosted by AT&T, Coca-Cola and other corporate clients as well as performing at events hosted and attended by such celebrities as Frank Sinatra, Sammy Davis Jr., M. Night Shyamalan, Michael Bolton, Garth Brooks, Estee Lauter, Phil Donahue, Dr. Ruth, Yogi Berra and many others.

Flip learned to speak French before he learned to speak English, in spite of having been born in New Jersey. He has a repertoire of French songs which he has performed in many venues throughout his career. In addition, he sings in Spanish, Portuguese, Italian and Yiddish.

He has performed all over the country with bands led by Peter Duchin, Skitch Henderson and others. He has backed up acts including Soupy Sales, Florence Henderson and Allen & Rossi. He has played in bands opening for The Mamas and the Papas, Crosby, Stills and Nash, Wilson Pickett among others. He has played at numerous jazz clubs in the area including Trumpets and Shanghai Jazz. He performs with Rio Clemente, Warren Vaché, Bill Crow, Houston Person, Amani, Richard Stillman‘s Spirit of Vaudeville, Sweet Harmony Music, Enrico Granafei, Larry Maltz, David Aaron Big Band and many other performers. His CD Acoustic with Larry Maltz is available on Amazon.